Here we share our top 5 takeaways on these topics.

Open disclosure when dealing with incidents in aged or community care

Congratulations to ACSA for hosting another successful symposium and thank you for the opportunity to speak at this event. It was a great get together with ACSA members, speakers and sponsors.

We are looking forward to attending and being a sponsor at ACSA’s WA Christmas breakfast on 11 December.

Please contact Gemma McGrath or David McMullen if you have any questions in relation to the interim report and/or open disclosure. 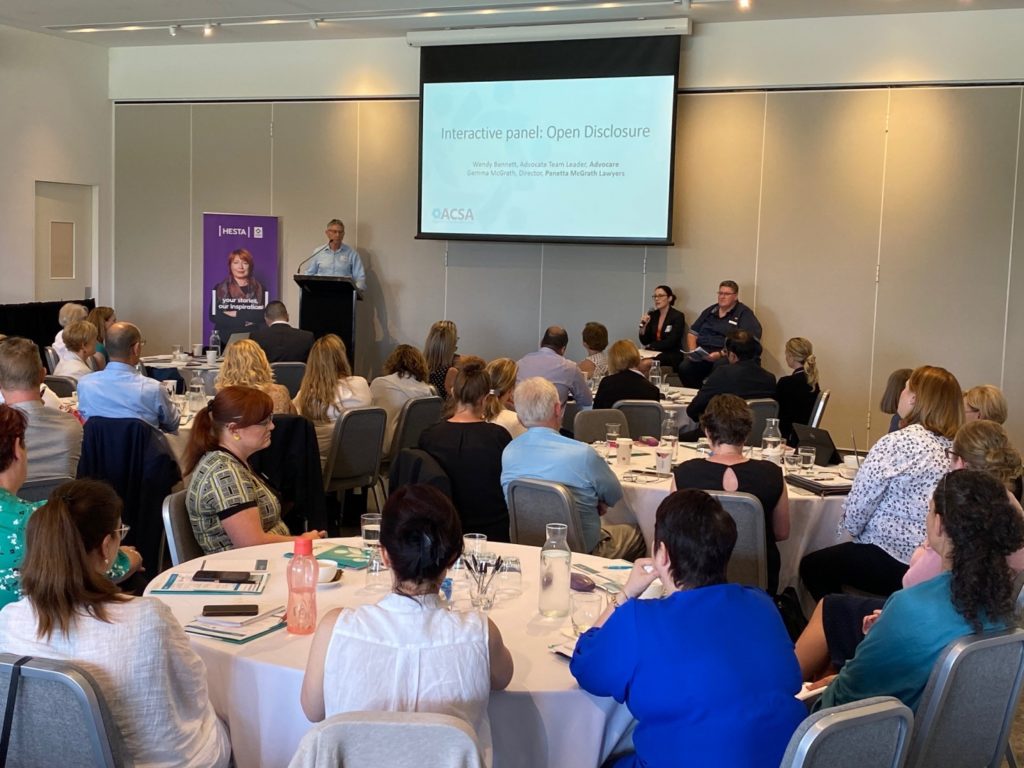